In the context of network theory, a complex network is a graph (network) with non-trivial topological features—features that do not occur in simple networks such as lattices or random graphs but often occur in graphs modelling of real systems. The study of complex networks is a young and active area of scientific research (since 2000) inspired largely by the empirical study of real-world networks such as computer networks, technological networks, brain networks and social networks.

Documentary unfolding the science behind the idea of six degrees of separation. Originally thought to be an urban myth, it now appears that anyone on the planet can be connected in just a few steps of association. Six degrees of separation is also at the heart of a major scientific breakthrough; that there might be a law which nature uses to organize itself and that now promises to solve some of its deepest mysteries.

Networks guru and author Albert-László Barabási says diseases are the results of system breakdowns within the body, and mapping intracellular protein networks will help us discover cures. 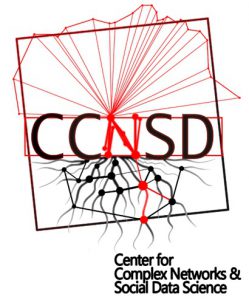